On arrival at Amritsar Airport Our Driver Will Pick You And Drop To your Prebooked Hotel In evening .overnight stay at Hotel.

Day 02 : Morning after having Breakafast eady For Amritsar sightseeing . 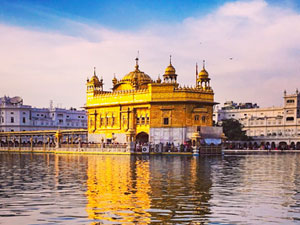 GOLDEN TEMPLE- Also Known as Sri Harmandir Sahib, is not only a central religious place of the Sikhs, but also a symbol of human brotherhood and equality. Everybody, irrespective of cast, creed or race can seek spiritual solace and religious fulfilment without any hindrance. It also represents the distinct identity, glory and heritage of the Sikhs. To pen-down the philosophy, ideology, the inner and outer beauty, as well as the historical legacy of Sri Harmandir Sahib is a momentous task.

JALLIANWALA BAGH- The Jallianwala Bagh massacre, also known as the Amritsar massacre, took place on 13 April 1919 when troops of the British Indian Army under the command of Colonel Reginald Dyer fired machine guns into a crowd of Baishakhi pilgrims

PARTITION MUSEUM- The partition museum is a reminder of the disturbing partition of the 1947. All documents and articles pertaining to the 1947 partition and post-partition are kept in this museum. Tourists of Amritsar should not miss a chance to get immense knowledge about the partition at this museum.

Evening Get back to hotel .

Durgiana Temple, also known as Lakshmi Narayan Temple, Durga Tirath and Sitla Mandir, is a premier temple situated in the city of Amritsar, Punjab, India. This temple derives its name from the Goddess Durga, the chief Goddess deified and worshiped here. Idols of Goddess Lakshmi (goddess of wealth) and Vishnu (the protector of the world) are also deified here and worshiped. 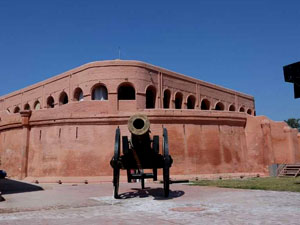 Model Town Mandir - Mata Lal Devi Temple holds special importance for all the women who wish to start a family. It is believed that women who come to pray here are blessed with a child soon. The temple attracts devotees from all over the country. The elaborate mirror work and vivid spectrum of colors offers a visual retreat to the visitors.

GOBINDGARH FORT- Initially occupied by the military/army, the Gobindgarh Fort has recently become a tourists’ attraction after its opening in February’17. Today, it is known as the repository of the history of Punjab representing the culture and architecture of the Sikhs.

WAGAH BORDER- Wagha Border is the borderline running along the grand trunk road between Amritsar (Punjab, India) and Punjab (Lahore, Pakistan). This place attracts tourists, across both the nations, who wish to witness the beating ceremony which is a daily practice performed by border security forces of India and Pakistan.

The main attraction of the panorama is a gigantic 12 meters tall and 100 meters long panoramic painting depicting six major battle expeditions of the Maharaja. The battle expeditions depicted in the painting are supplemented by large circular foreground diorama displaying numerous mannequins of prominent warriors, soldiers, animals, weapons and so on. A specially designed creative illumination of the large painting and the foreground diorama, supported by battle-field sound effects at the background enhance the level of the experience of the viewers.

Sadda Pind- Sadda Pind is a Punjabi Culture Living Village Museum spread across 12 acres of land. It brings you a chance to experience authentic culture, colours and flavours of Punjab in one place.The elderly can remember their happier times. Foreign tourists can sample the true Indian rustic lifestyle. Tourists from other states can experience the true Punjab in one place.

Morning drop at Amritsar Railway station/Airport . with having good memories your tour will be terminated..